Hello, and welcome to the #bioscinews round-up! This is the place where you can find all the important biosci new stories from the past week, in a short, digestible paragraph.

Amphibians around the world have been fighting against fungal infection for years, but a new multi-pronged approach may be the key to getting rid of this disease. Chytrid is a white fungus, which kills amphibians and presents a big problem for frog populations world-wide. In the successful approach to eradicating this infection, scientists disinfected the environment and treated tadpoles of the Mallorcan midwife toad over a period of seven years. Extension of this approach may be crucial for saving frogs in different habitats around the world.

Antibiotic resistance is a huge issue for modern medicine. This week, news emerged that bacteria in China have developed resistance to the final group of antibiotics used when all else fails. This is particularly concerning as these traits are easily transferred between bacteria, meaning we have no more “last line of defence” against bacterial infections. This is a big blow to modern medicine – but all is not lost. Scientists are constantly developing new types of antibiotics and hopefully we can continue bringing these to clinical standards!

Animal models are important in studies involving human health, and the zebrafish might be helping to clear up the trade-off between tissue regeneration and cancer. Many animals can regenerate tissues and limbs if they are injured or removed, but this capability is severely limited in humans, with only very mild regeneration possible in very specific cases (e.g. the liver). By introducing a human tumour-suppressor gene into zebrafish, scientists were able to repress the regenerative capabilities of the fish. This supports the idea that humans have reduced their regenerative abilities as a trade-off for being more resistant to cancer development. This information could be useful in the treatment of cancer and in assisting healing and possibly even regeneration of serious injuries.

We hope you enjoyed this week’s news round-up, thanks for reading!

The first year of my PhD was not dissimilar in many ways to most postgraduate students. I spent days on end ploughing through literature to gain an understanding of my topic, I produced a literature review and I experienced the multiple failures of research after spending a good seven months modifying my experimental approach. I am a keen sportsperson and played competitive football during my first year, as well as working every Saturday in a sports club for children and young adults with disabilities. On top of this, like most of us, I had a problem with saying no, and amongst other things, I decided to become an Academic Mentor and look after Undergraduate and Masters students in the lab.

As you can imagine it, was virtually impossible to keep this up and as my experiments now required observation 7 days a week…. I sadly decided to pack up my football boots! Towards the end of the first year the atmosphere amongst the postgrads took a nosedive, as we were approaching the dreaded PhD transfer. This entailed endless sleepless nights, as my transfer report was double the word limit and I was reluctant to remove any of it. After the transfer report came the VIVA and, I can say, I have never been so nervous in my life! Having said that, it went extremely well and I was given lots of suggestions, which I was keen to crack on with. At the same time my experiment was finally starting to work, and I felt like a huge weight had been lifted off my shoulders. Success!

Another Monday morning came around and I got to university at 7.30am and I sat in the library for an hour, as I felt unwell. I went to the lab to check my experiments, but I knew something wasn’t right with me, and I was told by my lab manager to go home. After progressively getting worse on Tuesday I was taken to my doctors, and from then on everything was a blur. I was surrounded by doctors, injected in the buttock with Penicillin and rushed to hospital in an ambulance. When I arrived in A&E I was surrounded by so many doctors and nurses, and was told I was being treated for Meningitis. As a microbiologist it was the first time I felt knowing too much was not a good thing, and I thought I was going to die. I was placed in isolation and pumped with antivirals and antibacterial agents whilst my Doctor conducted a lumbar puncture. After laboratory analysis it was confirmed that I had viral meningitis, which was a relief to everyone – especially me. As I was lucky and only had viral meningitis, there was no treatment and I was given fluids, antiemetics (to prevent nausea) and pain relief and was warned of the intense recovery period. I was discharged a few days later.

After two weeks of being out of hospital, I received a call from my supervisor who suggested we suspend my PhD. I was inconsolable. I knew that suspending my PhD was almost inevitable, but I couldn’t help remember the blogs I’ve read stating that a suspension is a polite way of your supervisor telling you to get lost. What upset me the most was the length of time of my suspension, which was 3 months. In my head I had that I would be up and running within a month. But that was not the case at all. In fact, it has been the complete opposite.

Two months went by and I had made no significant improvement, so I went back to the back to the doctors who ran further tests. I was then told I was positive for Epstein-Barr virus, glandular fever and (if that wasn’t enough) I also had a urine infection. I was slowly sinking into a depressive state and I felt as though I would never feel well again. The recovery for glandular fever alone is up to a month, with fatigue lasting for up to seven months, so I certainly have a long way to go.

Asides from feeling continually ill for three months, not a day went by where I did not think about my PhD. I felt like my life had been put on hold and the world has gone passing by without me. I would see daily updates and advancements in my field of antibiotic resistance, and targets I had set myself (such as presenting at the SFAM September Conference) had been missed. I felt completely disconnected from the scientific world and my return to life as a researcher seemed further away than ever…

I am now approaching my return to the scientific world that I have felt disconnected from for the past three months. I have to say, I am slightly nervous. But, I have learnt that sometimes you cannot control what life throws at you, but having courage, strength and determination will allow you to overcome any obstacle you are faced with.

Hello, and welcome to the #bioscisews round-up! This is the place where you can find all the important biosci new stories from the past week, in a short, digestible paragraph.

Hypothesised fat-burning regulatory genes. Researchers have proposed a genetic pathway that is involved in adipocyte thermogenesis – in lamens terms – genes that regulate heat generation from fat in fat cells in the human body. 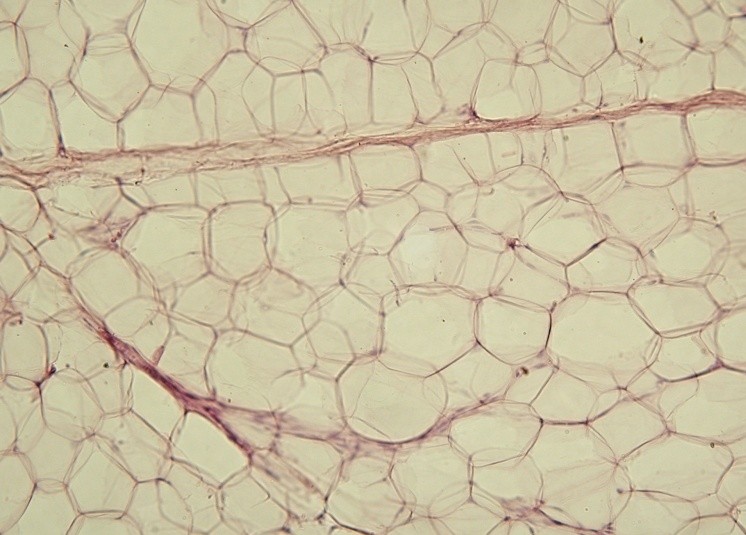 Vitamin D and Multiple Sclerosis. Some people are genetically prone to have low vitamin D levels (as Vit D is produced by the body when sunlight hits the skin), and this has now been associated with a higher risk of developing MS.

Ants self-medicating. Despite being poisonous, for the first time, ants have been shown to consume foods rich in hydrogen peroxide, if they have a dangerous fungal disease, as a method to treat themselves.

Hope you enjoyed this week’s news round-up, thanks for reading!